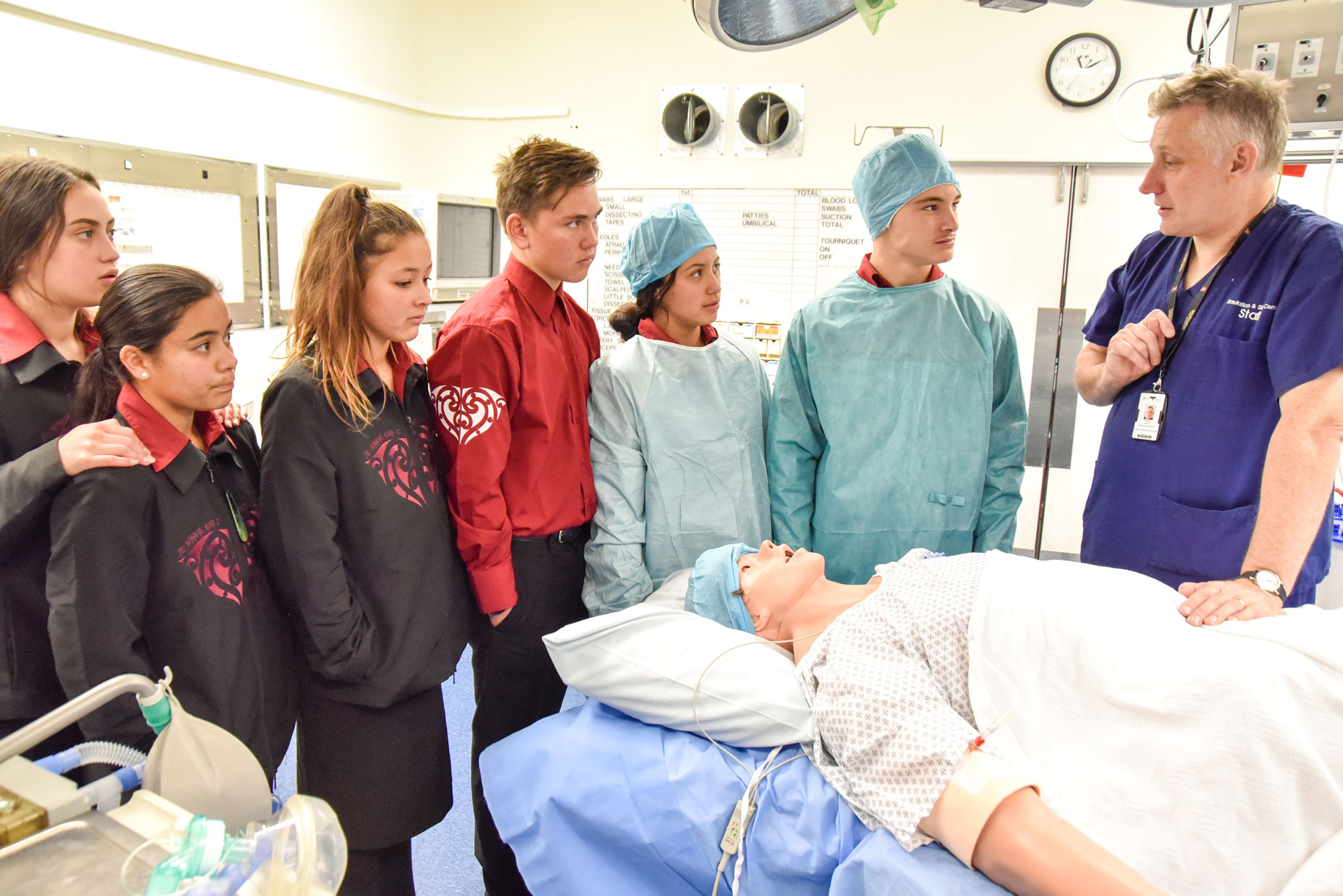 Ka mau te wehi!#BREAKING The establishment of the new Māori Health Authority has taken its first big step with Sir Mason Durie appointed to lead a Steering Group that will advise on the best composition of leaders and provide high-quality governance support to the interim board overseeing the creation of the Māori Health Authority - ensuring Māori shape a vital element of our future health system.

“Tā Mason is a pillar of the New Zealand health system and brings tremendous experience and mana to this crucial role," says Minister of Health Andrew Little

"The place of the Māori Health Authority in the future health system is important not only for Māori, but for all New Zealanders. Tā Mason’s appointment is a significant step in the reform programme as we seek to deliver better outcomes for all, in partnership."

Associate Minister of Health Peeni Henare says “He has spent his life working at the forefront of hauora Māori innovation – and so it is right that he helps us ensure that the Māori Health Authority continues to be transformative.

“The Authority will give Māori a voice and influence in how our system needs to perform better for Māori. I can’t think of anyone who is better qualified or has greater mana in this area than Tā Mason."

Sir Mason will head a Steering Group working to the Transition Unit in the Department of the Prime Minister and Cabinet, focusing on:

🌿 involving Māori in identifying candidates for the interim Māori Health Authority board, and supporting Ministers in appointing that board with a mandate from Māori

🌿 providing advice on appropriate options for governance and accountability arrangements for the Māori Health Authority.

“I hope to confirm appointments to the interim Māori Health Authority board by 1 September, subject to Cabinet’s agreement once candidates are identified,” Peeni said.

Take this survey powered by surveymonkey.com. Create your own surveys for free.

Create a new survey on your own or with others at the same time. Choose from a variety of survey types and analyze results in Google Forms. Free from Google.

📢📢 A huge shout out to our cadet graduates on recently completing the first DHB Health Administration Cadet programme. The course was a huge success with all graduates continuing to work at the DHB now that they have concluded their cadetship 👏

A big thank you to the Ministry of Social Development NZ for partnering with us, our lead coordinators and mentors for their on-going support and of course the whānau and friends who joined us on Wednesday to celebrate a very special day. ... See MoreSee Less

Te Pāti Māori Co-Leader Rawiri Waititi today called out the Government for side-stepping his question to the Prime Minister on racism.

“I lodged a question this morning to the Prime Ministers Office that asked, Does the PM agree that when her Minister of Maori Development claimed “in every area of New Zealand society, we have institutional racism” that her government and government departments are included in that statement?

“I want to know on behalf of my people, from the head of the state, whether she believes her government and government departments are included in the statement made by her minister.

“It is an insult to pass the buck and roll out a brown face to answer a question that is clearly marked for the Prime Minister. Its an insult to Mr Jackson, to me and to Māori.

“This is another form of censorship, much like the watering down of the motion to declare Uyghur Genocide. This place is riddled with rules that actively silence our voice.

“Until the Government can admit and accept that racism exists within the very walls of parliament and within their ranks of government, my people will continue to suffer.

“Our people deserve to know if there is racism in the Government and Government departments and we deserve to see an adequate plan about what they will be doing to stop racism against tangata whenua, how that plan will be measured and by whom. ... See MoreSee Less

The Pfizer vaccine is up to 95% effective ... See MoreSee Less

Kia ora! We have four casual positions for Covid-19 Administration Support Workers!
Grab yourself a copy of our Job Description here shorturl.at/fqzTZ and an application form here shorturl.at/txX06, or pop in to our office.

Forms can also be downloaded from our website www.kahu-exec.co.nz
APPLICATIONS CLOSE 5PM ON FRIDAY 14 MAY, 2021! ... See MoreSee Less

Our heartfelt congratulations to Professor Emeritus Sir Mason Durie, ONZ, KNZM, who yesterday received the Insignia of a Member of the Order of New Zealand one of our country's highest honours. And it couldn't be more deserved. This is what the Governor General's office had to say about all his achievements.

Sir Mason Durie, over more than 40 years, has been at the forefront of a transformational approach to Māori health and has played major roles in building the Māori health workforce. Sir Mason has also championed higher education for Māori. He has provided national academic leadership for Māori and indigenous development in roles as Deputy Chair of Te Wānanga o Raukawa, Professor of Māori Research and Development, and as Deputy Vice-Chancellor at Massey University until 2012. He remains Emeritus Professor of Māori Research and Development at Massey University. His accomplishments include gaining funding to establish a Centre for Māori Health Research, Te Pūmanawa Hauora, and negotiating the Māori mental health programme, Te Rau Puawai, which provides up to 100 scholarships annually for students studying health-related subjects.

He served on the Boards of Te Papa Tongarewa, the Museum of New Zealand and the Foundation for Research Science and Technology.He has been Chair of the Guardians Group for the Secondary Futures project, and a Commissioner for the New Zealand Families Commission. He chaired the Ministerial Taskforce on Whānau Ora and was Chair of Te Kāhui Amokura, a Standing Committee of the New Zealand Vice-Chancellors' Committee.As Chair of the Palmerston North based Tu Toa Trust, Mason helped establish two new secondary schools in Palmerston North. His efforts have been recognised by the Royal Australian and New Zealand College of Psychiatrists, the Public Health Association of New Zealand, the Māori Medical Practitioners Association, the Thoracic Society of Australia and New Zealand, and the Polynesian Society.Sir Mason was appointed in 2019 as one of three inaugural Ruānuku by Ngā Pae o te Māramatanga, New Zealand's Māori Centre of Research Excellence, and received the Blake Medal in 2017. ... See MoreSee Less

Wards are a way of dividing the district for elections to enable communities to vote for representatives. Hastings district’s wards are currently divided by location, with people voting based on whe...

Grace is a beautiful addition to Te Wahanga Hauora Māori and a lovely Kaitakawaenga for our whānau.

When this happens, it's usually because the owner only shared it with a small group of people, changed who can see it or it's been deleted.

Andrew Little admits there are 'gaps to fill in' as Government looks to shake up healthcare system ... See MoreSee Less

Meanwhile, National's health spokesperson is slamming the changes as "reckless and rushed".

In the past seven days, 46,804 thousand doses have been administered. Across DHBs, this was 3% higher than the 45,628 vaccinations administered in the previous seven days and is ahead of plan.

Vaccines have been administered at 142 sites by nearly 1,200 vaccinators, and more than 2,500 people have now been trained to administer the vaccinations.

41% of first dose vaccinations - equating to 58,157 people - have been delivered in the Auckland region. 19% percent of those people are Māori and Pasifika.

Across the country 12,697 Māori have received the first dose, of which 4,343 have also received the second dose.

The first dose has been given to 16,314, and fully vaccinated 7,478, of the estimated 50,000 household members of border and MIQ workers in our main centres. We’ve started vaccinating Group 2, with 104,596 first doses given and 21,791 individuals now fully vaccinated.

A shipment of 78,390 doses arrived in Auckland earlier this week, bringing our total number of COVID-19 vaccines to around 685,620 doses – enough to vaccinate more than 342,000 people with two doses. ... See MoreSee Less

Hawke’s Bay DHB are pleased to have a range of COVID-19 Vaccination related job vacancies available. These include:

If you’re ready for a change, a challenge, and the opportunities offered by joining the region's largest employer, then we could have the role you’ve been waiting for. You won’t find these oppor...

The outspoken co-leader believes his voice was not being heard.